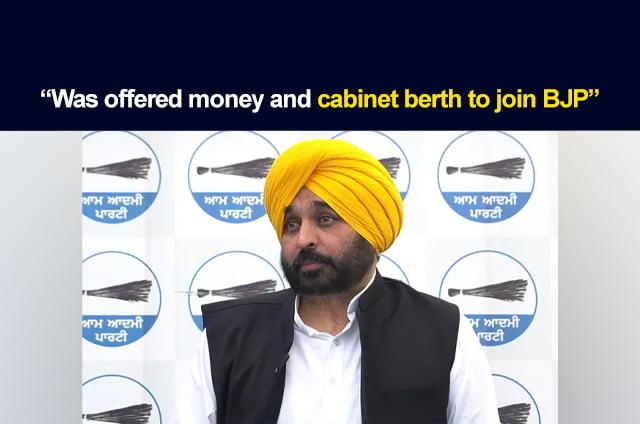 AAP’s Punjab President and two times MP from Sangrur, Bhagwant Mann alleged that a senior BJP leader offered him money and a Union Cabinet berth to join their party.

While addressing the media on Sunday, Bhagwant Mann alleged that BJP was trying to get MLAs from AAP in Punjab and similar offers were made to them as well.

“Mann reportedly said, “A very senior BJP leader approached me and asked me what amount of money I would take to join the BJP. He also said that since I was the lone MP of AAP, my joining BJP will not attract anti-defection law and I will be offered a cabinet berth of my choice at the Centre.”

Mann said, “I declined the offer and said I am on a mission and not commission.” Further, Mann said, “BJP has no future in Punjab. People in Punjab’s villages do not allow the BJP leaders to enter the villages because of the three farm laws they enacted which resulted in the death of 700 farmers. None who thinks of Punjab’s future will join a party that caused the death of so many people in Lakhimpur Kheri.”