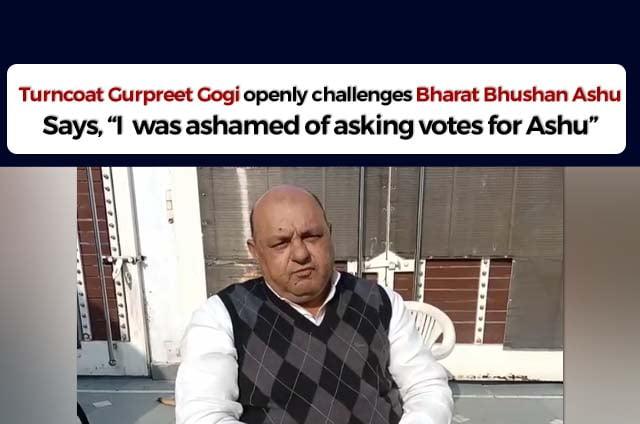 “I have served the party for 22 years. My “mother party” (Congress) did not listen to me, that is why I chose a different path with a sad heart. I am with Bharat Bhushan Ashu for twenty years, but for five years, Minister Ashu has not spared anyone.”

Gogi alleged that when a minister used to advise Ashu, he did not listen to anyone. He treated everyone as sheep and goats. Minister Ashu was also accused by Gogi of duping crores of rupees and benefiting the people close to him.

Gogi further said, “If Minister Ashu has anything against me, he must speak openly and tell in the public domain. Bharat Bhushan Ashu also stopped all the work of my ward. He also used to threaten the officers.”

Money for development work after Code of Conduct

Gurpreet Gogi also alleged that Bharat Bhushan Ashu provided the cheques for development works after the model code of conduct was imposed. He said that he was provided with the cheques very late.

Gogi even said that Congress’ high command was not ready to listen to a word against Bharat Bhushan Ashu.

Gurpreet Gogi said that he was ready to contest the elections for AAP if the party gives him a chance. He also said that he will continue to do the campaigning for AAP even if do not get the ticket.

Bharat Bhushan did not react to what Gurpreet Gogi said. He said that all the allegations against him were false. He said, “Gurpreet Gogi had to go to AAP and he went. I do not care.”