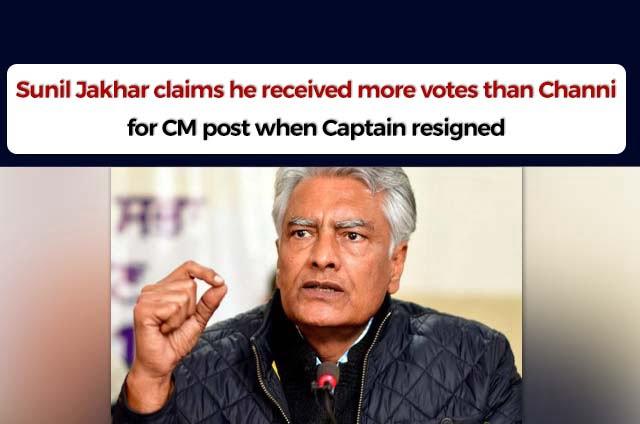 Sunil Jakhar claimed that 42 out of the 79 MLAs spoke up in his favour. They wanted him (Sunil Jakhar) to become the Chief Minister when Captain Amarinder Singh stepped down from his post of Chief Minister.

Other than that, Sunil Jakhar reportedly said that Rahul Gandhi offered him the Deputy Chief Minister’s post. However, he declined the offer.

Further, Sunil Jkahar claimed that 16 MLAs were supporting Sukhjinder Randhawa. 12 MLAs wanted Preneet Kaur as the Deputy Chief Minister. Moreover, he claimed that only 6 MLAs were in support of Navjot Singh Sidhu.

In September last month, Captain Amarinder Singh stepped down from his post as Chief Minister of Punjab. Later, Charanjit Singh Channi took the oath as the new Chief Minister, and Sukhjinder Randhawa and OP Soni were appointed the Deputy Chief Ministers.

Jakhar’s claims came in after Rahul Gandhi decided to fight the elections with a Chief Minister’s face. Congress has not decided their Chief Minister nominee in Punjab.

Rahul Gandhi had said, “Two people can not lead. Only one will. Chief Minister Charanjit Singh Channi and State Congress chief Navjot Singh Sidhu have assured me that whoever becomes the CM face, the other person will support him.”