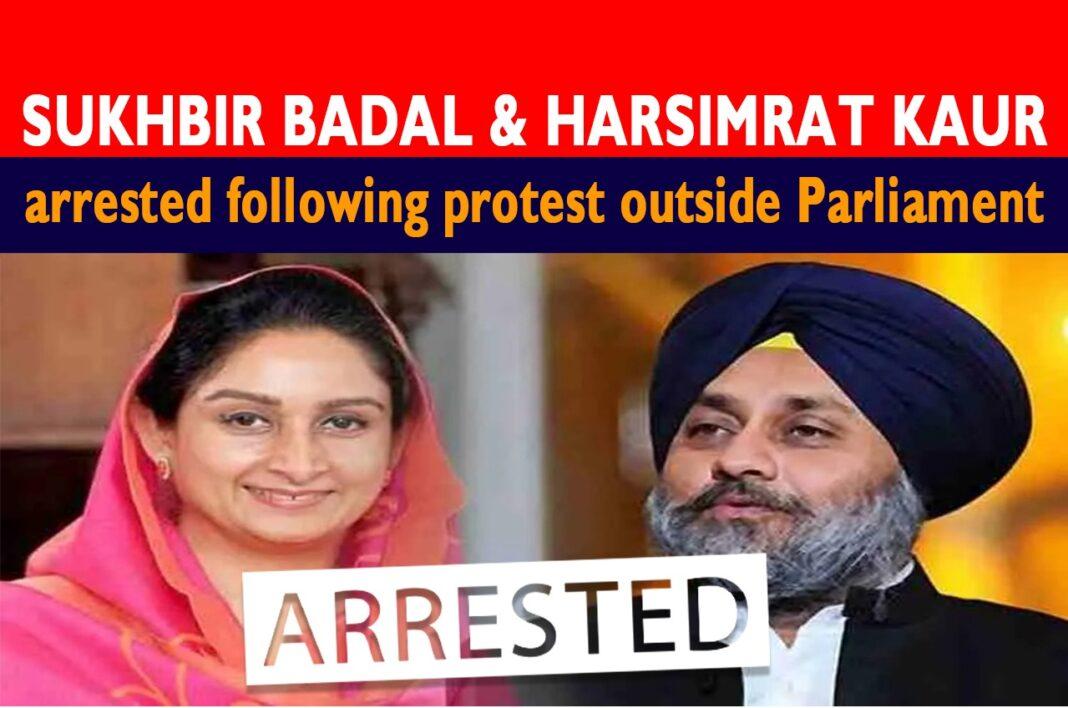 Shiromani Akali Dal president Sukhbir Singh Badal, Lok Sabha MP Harsimrat Kaur Badal and 13 other leaders of the party have been arrested in Delhi as they were protesting against farm laws outside the parliament on Friday, September 17.

Delhi police have detained the leaders for violating Section 144- banning large gatherings. They have been taken to Parliament Street police station.

The reports suggest that Akali Dal workers, especially youth activists, were seen breaking barricades at the entry point on roads to parliament. To mark one year of the farm laws, Shiromani Akali Dal is observing September 17 as Black Day.

It is to be noted that SAD had broken its alliance with BJP last year in September over the farm laws. Harsimrat Badal also resigned as a union minister in the BJP lead NDA government. She also tweeted a video of the chaotic scenes outside Gurudwara Rakabganj Sahib in Delhi.