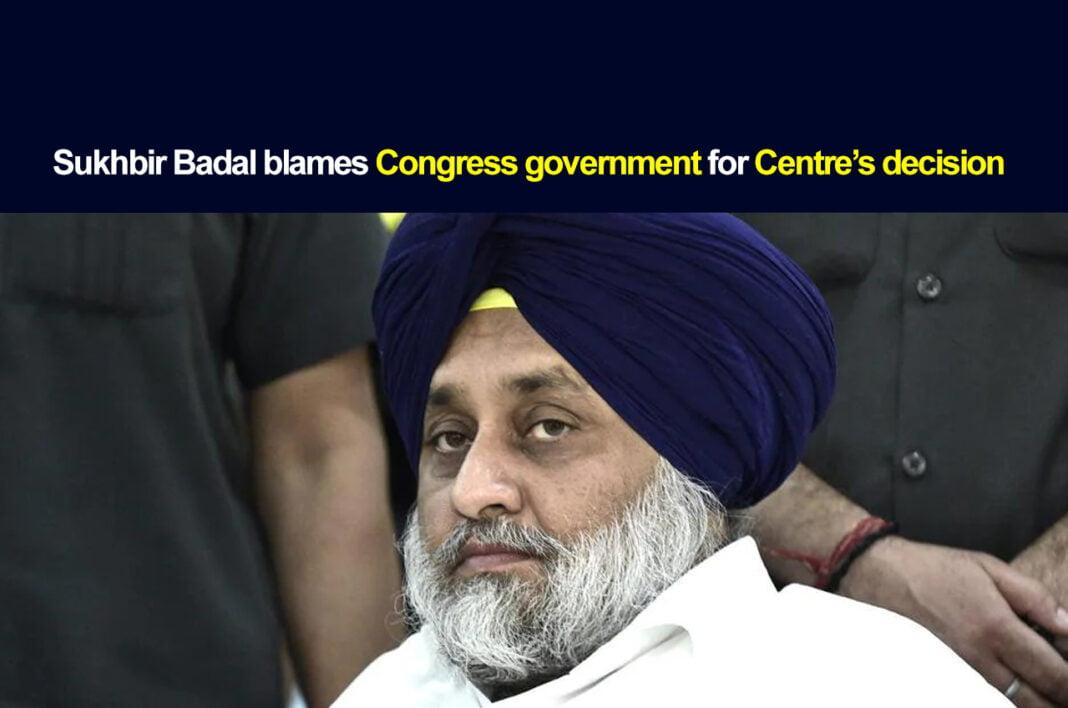 However, Sukhbir Badal has equally blamed the Punjab government as well for this decision. He said that Channi’s government has become so weak that it was accepting every decision of the Centre Government and losing Punjab’s rights.

Sukhbir Badal said that the police would lose its rights in districts like Amritsar, Tarn Taran, Ferozepur because of the decision. “Akali Dal has been fighting for the federal structure and will continue this fight. The Congress government was weak, let Centre take the decision and lose Punjab’s rights.”