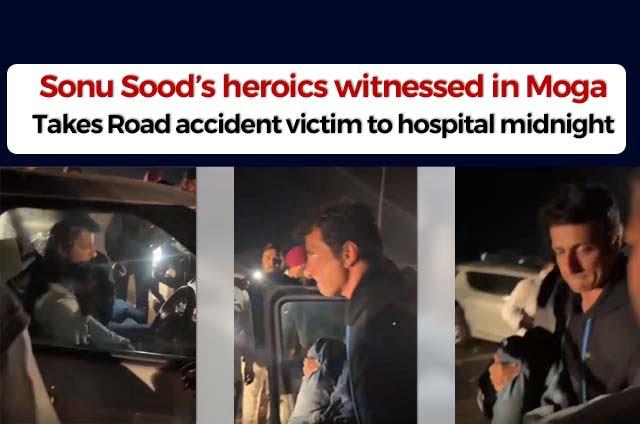 Actor Sonu Sood is known for the noble deeds he has done amid the coronavirus crisis. Once again, his heroic deeds were witnessed in Moga as he helped a road accident victim in the night and took him to the hospital on time.

A road accident happened on Kotakpura bypass in Moga on Tuesday night. Sonu Sood was there on the spot and he took the accident victim to the hospital.

The Indian National Congress has given the MLA ticket from Moga to Sonu Sood’s sister Malvika Sood. Sonu Sood has been seen several times campaigning with her.

In Punjab, the Assembly elections are scheduled for February 20 and the results will be declared on March 10.