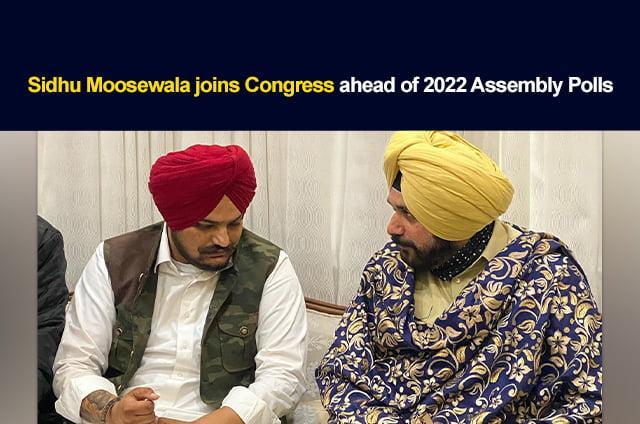 In the presence of the senior Congress leaders, Sidhu Moosewala said that he was not stepping into politics to earn praise. However, I want to become a part of the system to transform it. I have decided to join the Congress as there are leaders in the party who have come from common families.” He gave the example of Transport Minister Amarinder Singh Raja Warring.

Navjot Sidhu, present on the occasion, said, “We are taking Sidhu Moosewala in the party fold and he will fight elections for us.” There were several rumours about Sidhu Moosewala stepping into politics when he reshared a post of Sunny Malton in which it was written, “Whether it be music or politics. It can’t be done without the support of our fans and listeners.”