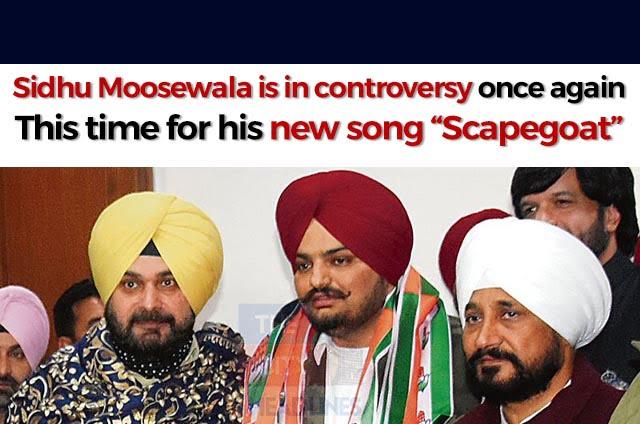 Famous Punjabi singer Sidhu Moosewala, who recently joined the Congress party, has landed himself into controversy once again. Shubhdeep Singh alias Sidhu Moosewala is in controversy this time because of his new song “Scapegoat”.

The Aam Aadmi Party leaders have criticised him and have alleged that Sidhu has called the people of Punjab “traitors”. Aam Aadmi Party MLA Harjot Bains also took to Twitter to criticize Sidhu Moosewala. He wrote, “Our Guru Granth Sahib has taught us that humbleness is the great virtue. Defeat should be taken as lesson of Introspection. But @iSidhuMooseWala seems to have lost his mind in arrogance. People of Punjab have voted from their hearts, calling the voice of people Gaddaris shameful.”

It is to be noted that Congress gave the Mansa MLA ticket to Sidhu Moosewala in the 2022 Assembly elections. However, he lost the election to AAP candidate Dr. Vijay Singla, who is now a cabinet minister.

Amritsar East MLA Jeevanjot Kaur also called out Sidhu Moosewala for addressing people as “traitors”. She said that Punjabis do not know betrayal. Using such words for Punjabis who stand by the truth, is very unfortunate.