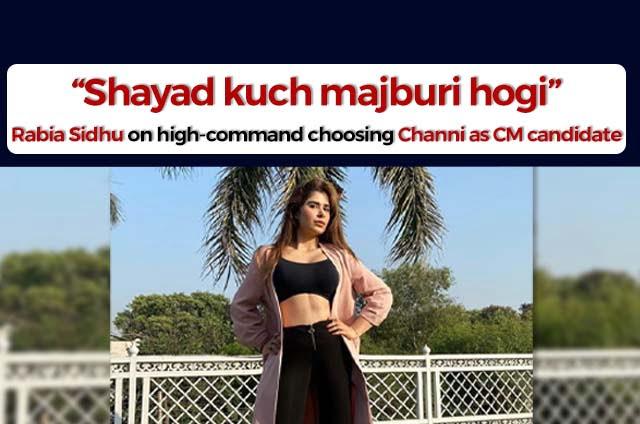 Navjot Singh Sidhu’s daughter Rabia Sidhu is campaigning for his father, who is contesting elections from the Amritsar East constituency.

Rabia Sidhu today said that Congress high-command had some compulsion that they choose Charanjit Singh Channi as their Chief Minister candidate. Further, she said that an honest man can not be stopped for a long time. Moreover, she said, “Dishonest man eventually has to stop.”