Rs. 5 lakh for families of women who died in Bahadurgarh road accident 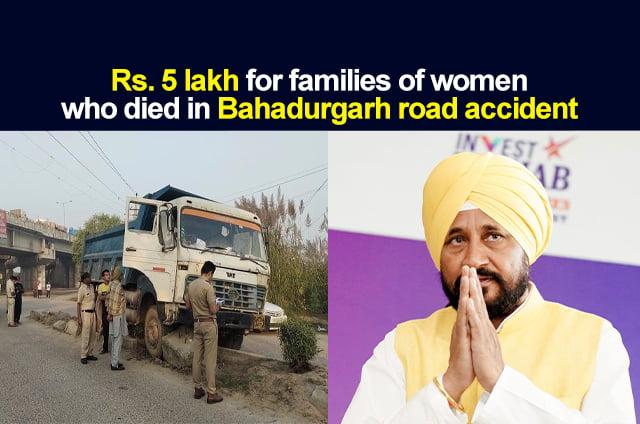 Punjab Chief Minister Charanjit Singh Channi announced an ex-gratia of Rs. 5 lakh for the families of the elderly women who died in a road accident in Bahadurgarh, near the Tikri border on Thursday.

Channi has also announced free treatment for injured women. On Thursday morning, a truck ran over five women in Bahadurgarh as they were sitting on the divider. All five women hailed from Mansa district of Punjab. They were a part of the farmers’ protest and were waiting for an auto-rickshaw as they had to go to the railway station.