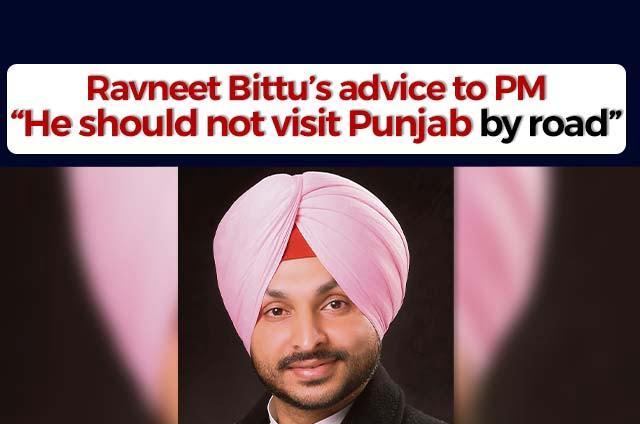 Ludhiana MP Ravneet Bittu has now said that Navjot Singh Sidhu will be given the “super CM” post if Congress wins the 2022 Assembly elections. Speaking to ANI, Congress MP from Ludhiana, Ravneet Singh Bittu made this statement.

It is to be noted that Congress General Secretary Rahul Gandhi visited Ludhiana on February 6 and announced Charanjit Singh Channi as the party’s Chief Minister candidate.

Ravneet Singh Bittu was asked as what post will be given to Navjot Singh Sidhu if Congress comes to power in the state.

PM should not visit Punjab by road

Ravneet Singh Bittu was also asked about Prime Minister Narendra Modi’s visit to Punjab in January, when he had to return because of the alleged “security breach”.

To this, Ravneet Bittu said that PM should come by air. The people may come out on roads protesting against him because of the rage they have due to their struggle during the anti-farm laws protest.

He said, ” We welcome him. PM should come by air. He would still face problems by road. The reason is that he has kept every Punjabi on the road for more than a year. How would they forget that?”

“More than 700 farmers died during the anti-farm laws protest. If his car goes by road, people may come out in protest against the Prime Minister because of the anger they have for PM. So, he should use the helicopter,” Bittu said.