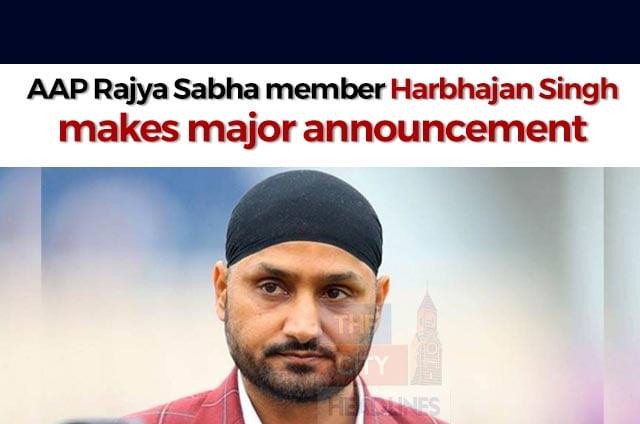 Former cricketer and the newly-elected Rajya Sabha member from AAP, Harbhajan Singh made a major announcement before joining the Upper House.

On Saturday, Harbhajan Singh took to Twitter and announced that he would contribute his Rajya Sabha salary to the education and welfare of farmers’ daughters.

“As a Rajya Sabha member, I want to contribute my RS salary to the daughters of farmers for their education & welfare. I’ve joined to contribute to the betterment of the nation and will do everything I can. Jai Hind,” Harbhajan Singh wrote.

Salary of a Rajya Sabha member?

Every day, a Rajya Sabha member gets Rs. 1,000 as a daily allowance. Every month, Rs. 20,000 is given as a constituency allowance.

ALSO READ: Punjab residents to get 300 units of free electricity from July 1