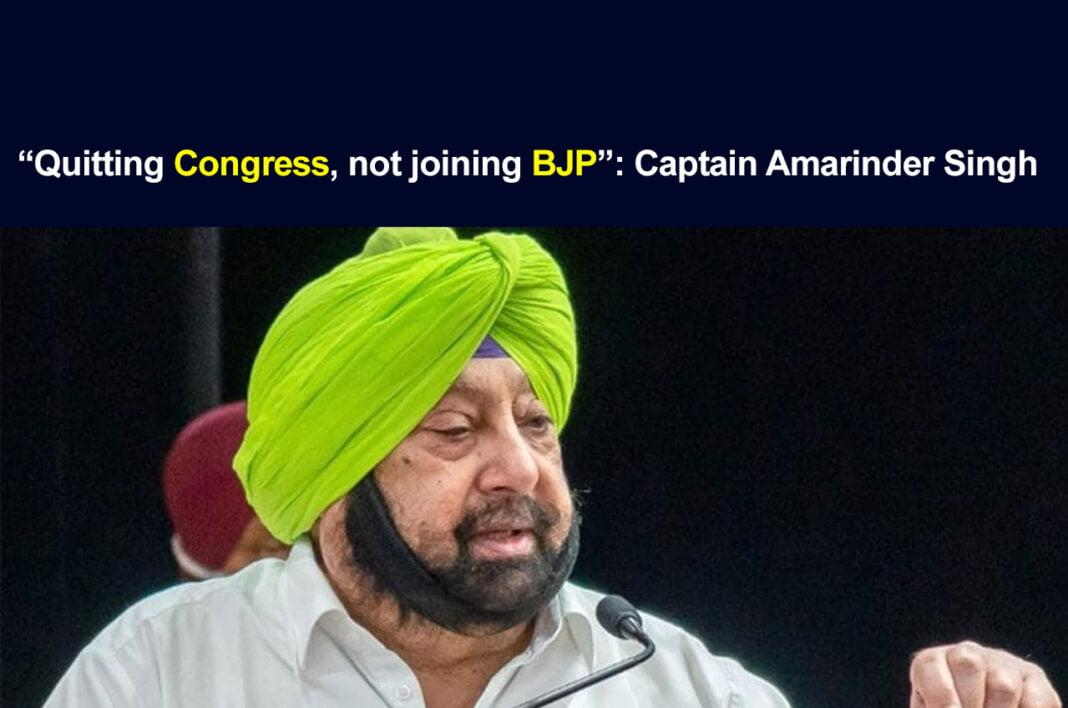 Captain Amarinder Singh on Thursday confirmed that he was not joining the Bhartiya Janta Party but also, quitting the Congress. On Wednesday, Amarinder Singh met Union Home Minister Amit Shah and the next day, he met NSA Ajit Doval.

As per reports by NDTV, Captain said, “So far, I am a part of the Congress party, but I will not remain in the Congress. I will not be treated in this manner.”

The sources suggest that senior leaders Kamal Nath and Ambika Soni are trying to convince Amarinder Singh. The former CM has not met party chief Sonia Gandhi on his visit to Delhi but has met the chief of the BJP. Also, there are speculations that Amarinder Singh may make his own political party now.