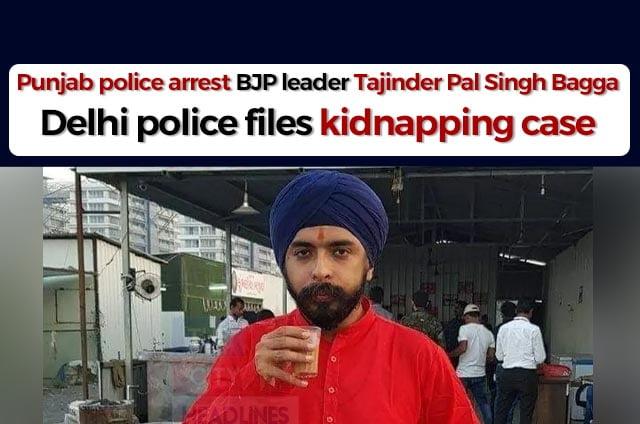 As per the reports, Bagga was booked by the police after Aam Aadmi Party leader Sunny Singh filed a complaint alleging that Bagga had made provocative statements and spread rumours. Further, the arrest has reportedly been made over issuing death threats to Delhi Chief Minister Arvind Kejriwal over his views on the movie The Kashmir Files.

As per the Punjab Police, Tajinder Pal Singh was arrested as he did not join the investigation even after five notices were sent to him.

On the other hand, the Delhi Police has reportedly filed a case of kidnapping after the Punjab Police arrested Tajinder Pal Singh Bagga. The Punjab Police convoy was stopped by Haryana Police as they were on their way to Mohali.

After the arrest, several BJP leaders were fumed and spoke against Delhi CM Arvind Kejriwal. BJP leader Kapil Mishra took to Twitter with a video message alleging Arvind Kejriwal of misusing the police.

ALSO READ: 4 terror suspects, including one from Ludhiana, arrested from Karnal