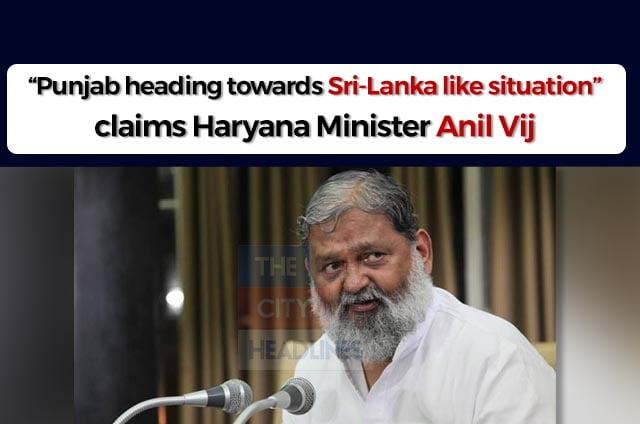 The Home and Health Minister Anil Vij on Tuesday frayed Punjab’s claims on Chandigarh. During the special Assembly session in Haryana, Anil Vij reportedly claimed that Punjab will soon face Sri-Lanka like crisis.

Further, he termed the resolution passed by the Punjab government as “political mischievous resolution”. Other than that, Anil Vij also said that “Haryana will remain in Chandigarh until we get SYL water.” He said, “Despite long battles, Haryana has not received SYL water. No progress has been made.”

In the resolution, Manohar Lal Khattar demanded the Central government should not take any step that may disturb the existing balance between the two states of Punjab and Haryana.

Last week, the Punjab Assembly had passed a resolution and Chief Minister Bhagwant Mann accused the Centre government of disturbing the balance in the administration of the Union Territory and the common assets of the states “through many of its recent actions”.