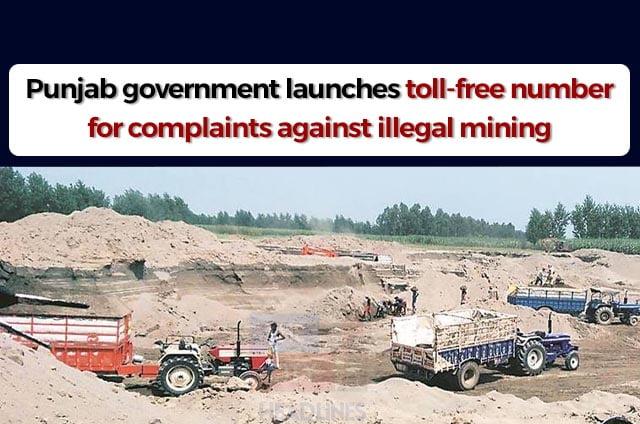 Aam Aadmi Party government in Punjab has launched a toll-free number for the people to file complaints against illegal mining sites in the states. Also, the Mining Department has ordered all the stone crushers to paint the toll-free number 1800 180 2422 at all the mining sites at the earliest.

This toll-free number can be used by the general public to file complaints if they find any illegal mining activities anywhere in Punjab. Other than that, they can also file complaints against the exorbitant prices of sand in their areas.

It is to be noted that earlier also, the Aam Aadmi Party government in Punjab had issued an anti-corruption helpline number for the people of the state. On March 23, the martyrdom day of freedom fighters Bhagat Singh, Rajguru and Sukhdev Thapar, Chief Minister Bhagwant Mann announced the toll-free number with a motive to “eradicate corruption from the state”.