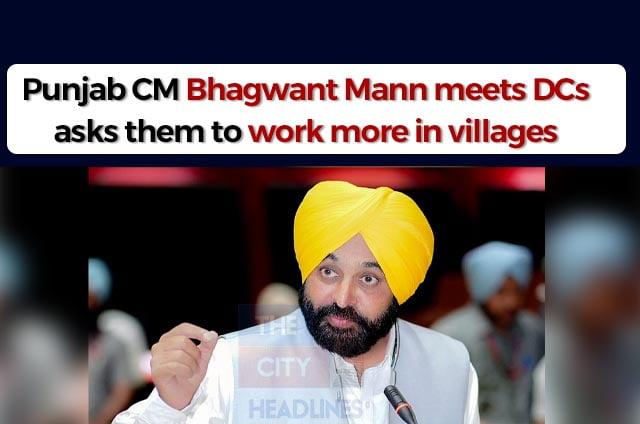 Punjab Chief Minister Bhagwant Mann on Monday met the Deputy Commissioners of all the districts of the state. He reportedly directed them to meet people on the ground level, especially in villages and provide them with all the government services easily. He asked them to showcase the government’s commitment towards easing the availability of all the services.

According to the reports, the meeting was called in Punjab Bhavan in Chandigarh to discuss the ongoing food procurement drive in the state. The Food, Civil Supplies and Consumer Affairs Minister Lal Chand Kataruchak was also present at the meeting.

Bhagwant Mann directed the Deputy Commissioners that the government officers and employees must be available for the citizens all the time. Further, he said that the administration must be proactive for public welfare.