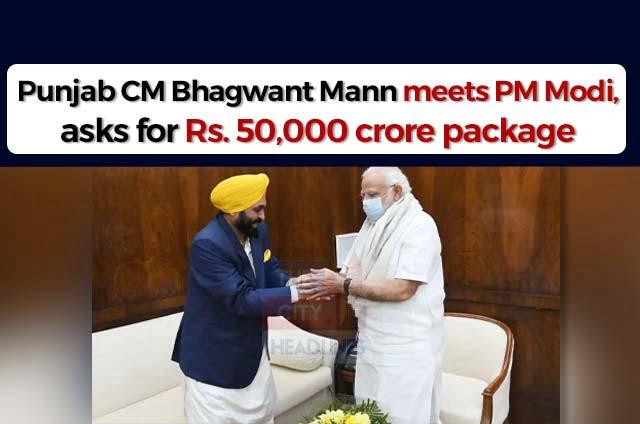 After the meeting, Chief Minister Bhagwant Mann said that Punjab’s financial situation is poor and we have demanded Rs. 50,000 crore package for 1 year each so that the situation gets better.

It was Bhagwant Mann’s first meeting with Prime Minister Narendra Modi as Chief Minister. Bhagwant Mann took oath as the Chief Minister of the state on March 16. He took the oath at Khatkar Kalan village- the ancestral village of freedom fighter Bhagat Singh.

AAP is in action mode since day one in Punjab. He has taken several decisions within a week. Bhagwant Mann also announced an anti-corruption action number to address grievances related to corruption.