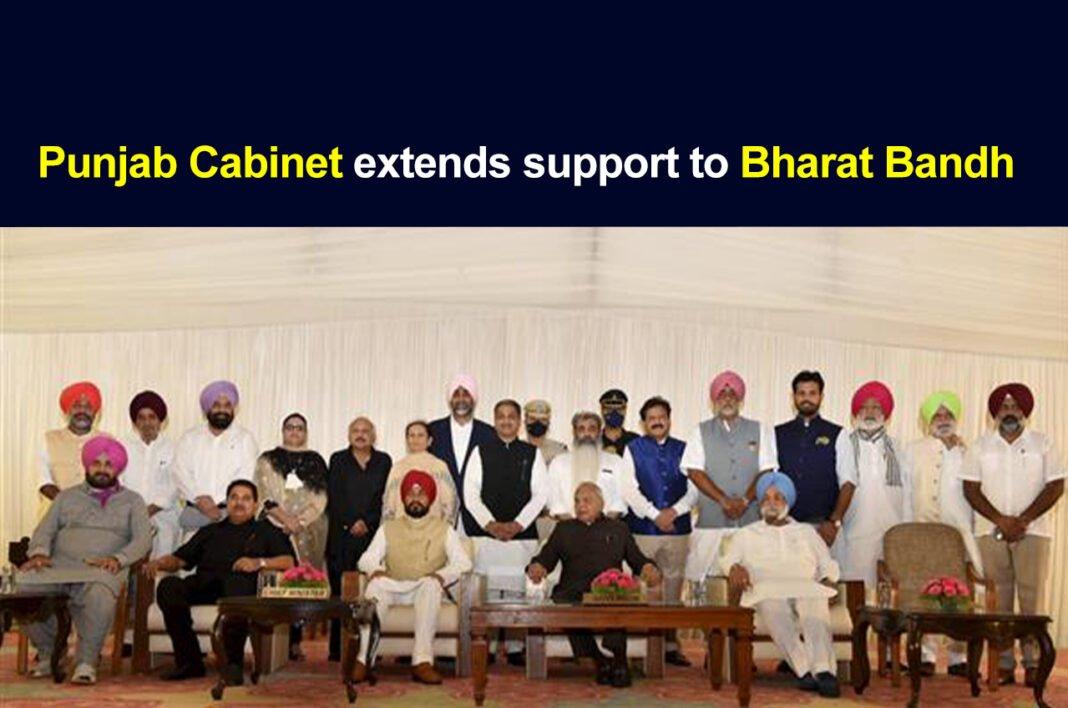 Chief Minister Charanjit Singh Channi held a meeting with cabinet ministers on Monday. As per the reports, the cabinet expressed their support for the farmers’ protest and Bharat Bandh.

The Bandh was discussed in the meeting and the other topics on the agenda were postponed for the next meeting. It is to be noted that this was the first Cabinet meeting after the ministers were sworn in.

The departments to the ministers have not been allocated yet.

Channi reportedly said that the Punjab residents have a lot of expectations from this new government. Therefore, there’s a need to make a roadmap to fulfil all the expectations. Cabinet Minister Raj Kumar Verka informed that the next cabinet meeting will be held on October 1.