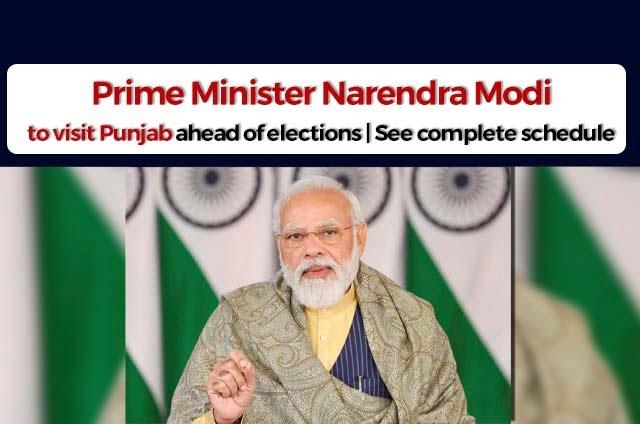 Ahead of the Assembly elections in Punjab, Prime minister Narendra Modi will visit Punjab and conduct three major rallies in different cities and regions of Punjab.

On February 8, Prime Minister Narendra Modi conducted a virtual rally in Ludhiana and Fatehgarh Sahib districts. He greeted the public and the party workers in Punjabi.

Other than Prime Minister Narendra Modi, Union Home Minister Amit Shah will also visit Punjab ahead of the 2022 Assembly elections. He will conduct physical rallies in Batala and Patiala districts.

Star campaigners of BJP in Punjab

It is to be noted that Prime Minister Narendra Modi, Home Minister Amit Shah are on the star campaigners’ list of BJP  in Punjab. Other than them, Gurdaspur MP Sunny Deol, Hansraj Hans, Rajnath Singh, Smriti Irani, Anurag Thakur are also on the list.

Union Minister Smriti Irani was also on a visit to Ludhiana today. She campaigned for BJP candidate from Ludhiana West constituency Bikram Sidhu.

Before the Model Code of Conduct came into force in Punjab, Prime Minister Narendra Modi’s rally was scheduled in Ferozepur, on January 5. He could not reach the rally venue because his cavalcade was blocked for 20 minutes at a flyover.

Because of the alleged security breach, PM Modi had to return to Delhi. This would be Narendra Modi’s first physical rally in Punjab after that incident.

In Punjab, the Assembly elections will be conducted on February 20. The results will be announced on March 10. In Punjab, Bhartiya Janta Party is contesting the elections in alliance with Captain Amarinder Singh’s Punjab Lok Congress and Sukhdev Singh Dhindsa’s Shiromani Akali Dal (Sanyukt).

ALSO READ: 43 companies of paramilitary forces to be deployed in Ludhiana for elections