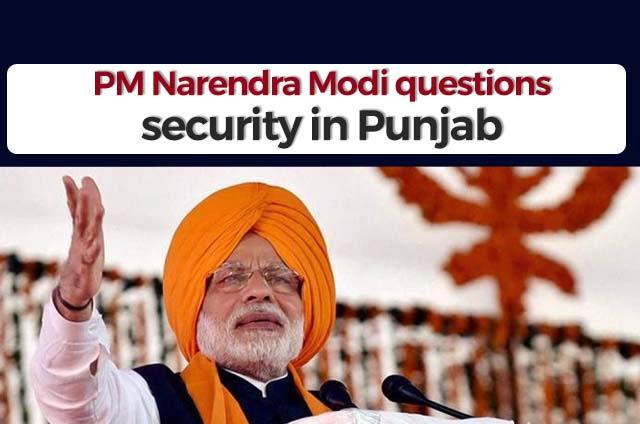 Narendra Modi said that he wanted to offer prayers at Tripurmalini Devi Shaktipeeth after the event. Further, he said that the administration in Punjab said that they would not be able to make security arrangements. “This is the situation of the government here,” PM Modi said.

Further, Prime Minister assured of a “Nava Punjab” if BJP and its allies comes to power in Punjab.

Only a few days are left for the Punjab Assembly elections and all the senior political leaders are addressing the people of Punjab. AICC Chief Rahul Gandhi was also addressing a rally in Hoshiarpur yesterday.

ALSO READ: “I am Chief Minister, not a terrorist”, says Channi after PM’s visit