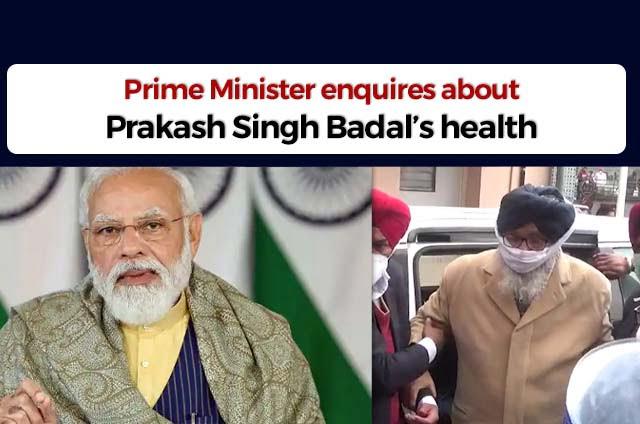 Prime Minister Narendra Modi had a word with one of their former colleagues’ Prakash Singh Badal and enquired about his health. It is to be noted that Prakash Singh Badal has been tested positive for coronavirus and is admitted to DMC Hospital, Ludhiana.

For the last few days, he was complaining about mild fever and cough. Therefore, he underwent a coronavirus test. His reports came positive and he was admitted to Dayanand Medical College and Hospital in Ludhiana. From a hospital in his hometown Bathinda, he was referred to Ludhiana.

When three farm laws were passed in the parliament in September 2020, Shiromani Akali Dal broke its alliance with Bhartiya Janta Party.