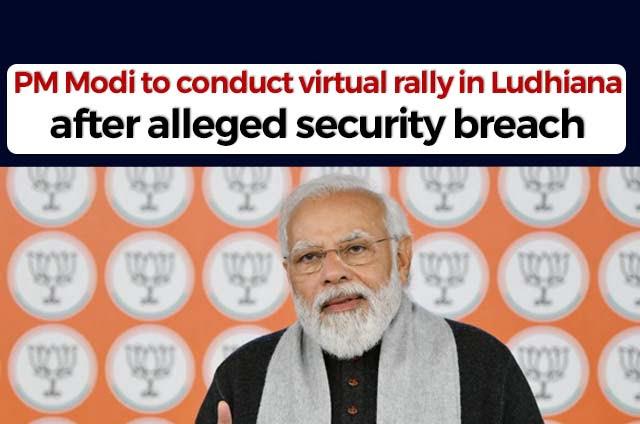 Prime Minister Narendra Modi will conduct his first election rally in Punjab on February 8, Tuesday. PM Modi will address the people and the BJP party workers of 18 assembly constituencies of Ludhiana and Fatehgarh Sahib.

The reports suggest that arrangements have been made for 1000 people at each venue. LED screens have been installed.

After the alleged security breach that happened on January 5, Narendra Modi will address the people of Punjab for the first time. However, this time, he will be in Delhi.

Narendra Modi has been named the star campaigner in Punjab for the 2022 Assembly Polls. His virtual rally will also take place on 9 February where he will address the people of the assembly seats of Jalandhar, Kapurthala and Bathinda.

Modi, Shah and Nadda to campaign in 6 districts

The reports also suggest that PM will come to Punjab if the ban on political rallies is lifted after February 11. BJP is contesting mostly on urban seats. The seats in rural areas have been given to Captain Amarinder Singh’s Punjab Lok Congress and Sukhdev Dhindsa’s Akali Dal Sanyukta.

Prime Minister Narendra Modi had visited Punjab on January 5. He had to address a rally in Ferozepur. However, his convoy was stuck on a highway for 20 minutes. The Home Ministry alleged a security breach, due to which he had to return. A committee formed under the leadership of retired Supreme Court judge Indu Malhotra is investigating the matter.