One of the two Deputy CMs will be from BSP if we form govt: Sukhbir Badal 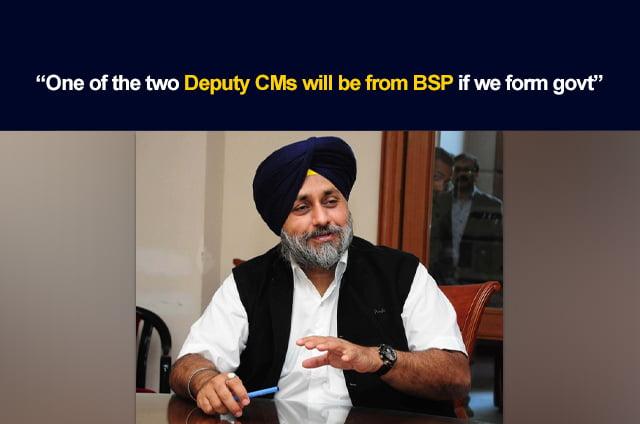 While addressing the party workers in Banga on Saturday, Shiromani Akali Dal president Sukhbir Badal said that one of the two deputy CMs would be from BSP if their alliance forms the government in the upcoming polls.