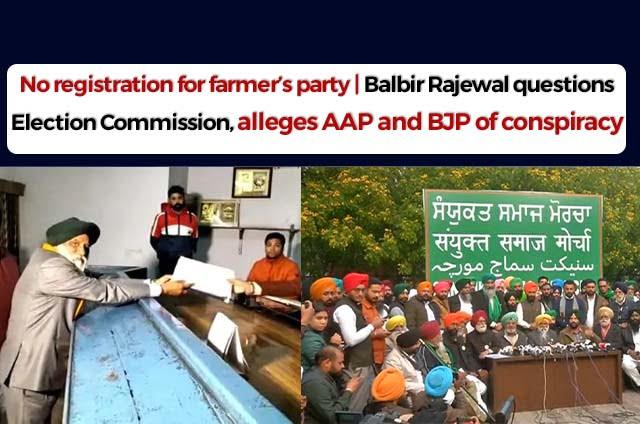 No registration has been given to Balbir Singh Rajewal’s Sanyukt Samaj Morcha. On the last day of the filing of the nomination, the candidates of SSM decided to fight the elections independently.

Farmers’ leader and President of Sanyukt Samaj Morcha Balbir Singh Rajewal alleged that his party could not get registered because of the Aam Aadmi Party and BJP.

Rajewal said that 117 candidates are contesting the elections from Sanyukt Samaj Morcha. “I had appealed to the Election Commission twice, to give a common symbol to the party. However, the Election Commission rejected the application. This raises questions about the neutrality of the Commission.” He also said that Aam Aadmi Party and Bhartiya Janta Party had protested against their party’s registration.

On the last day of filing nominations, Balbir Rajewal and other candidates of the Sanyukta Samaj Morcha filed their nominations as independent candidates.

In Punjab, elections are going to be held on February 20 and the results will be announced on March 10.