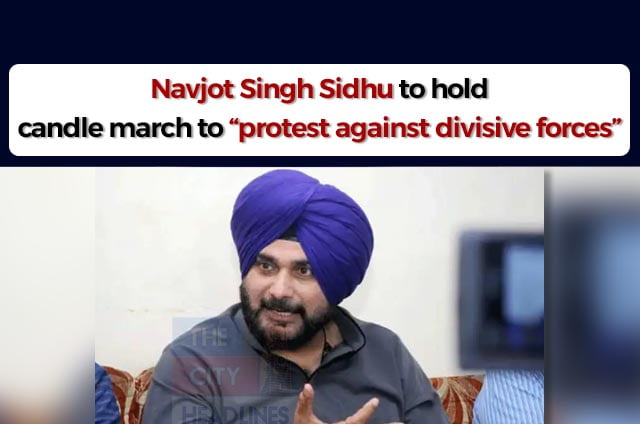 Former Punjab Pradesh Congress Chief Navjot Singh Sidhu informed that he would hold a candle march in Amritsar on Monday, May 2.

He took to Twitter and gave the information. As per his tweet, he would hold the candle march for unity, peace and the universal brotherhood of Punjab.

This call for a candle march came in a few days after violence between Shiv Sena leaders and pro-Khalistan Sikh groups was witnessed in the Patiala district.