Navjot Singh Sidhu slams his own govt, demands STF reports on drugs to be made public 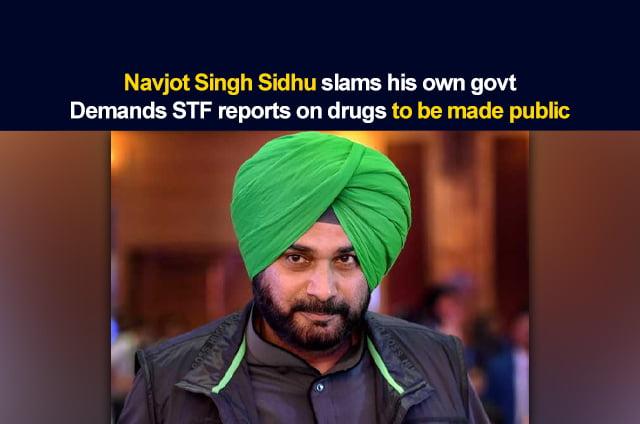 PPCC Chief Navjot Singh Sidhu has once again slammed his own government. In a series of tweets, Navjot Singh Sidhu shared some data from the National Crime Record Bureau and said that Punjab continuously retained the top position in crime rate in NDPS for the last four years (In Congress government’s tenure).

Other than that, the PPCC Chief has demanded to make the STF reports available in the public domain. However, the reports suggest that Charanjit Singh Channi had contradictory views over it. In an interview with Hindustan Times, Channi had said, “How can we open a court document? It is not a government document.”

Navjot Singh Sidhu also shared some snippets of the media reports saying Punjab had topped in the crime rate in the NDPS Act cases. Navjot Sidhu also wrote that they had been accused of carrying forward the “inglorious” legacy of the Shiromani Akali Dal by “waging sham war on Drugs”.