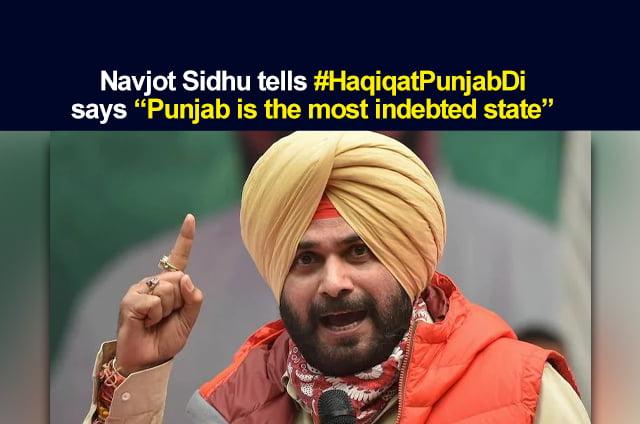 Punjab Pradesh Congress Committee Chief Navjot Singh Sidhu has said that borrowing was not the way forward for Punjab. He said that Punjab is the most indebted state of India.

He took to Twitter today and wrote, “Borrowing is not the way forward! Taxes should not go to settle debt but go back to the people in the form of development. Solution oriented model is to stop theft of State’s resources fill up public exchequer and create a Welfare State through income generation.”

He also wrote, “Let’s not derail from real issues to which every Punjabi & party worker demands solution because there’s #PunjabBeyond2022.”