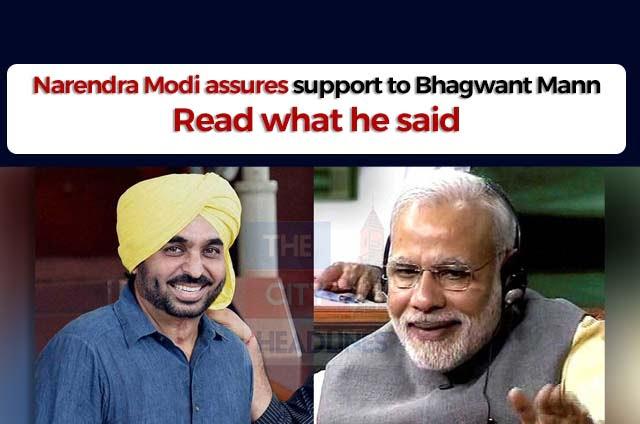 Prime Minister Narendra Modi also took to Twitter and congratulated Bhagwant Mann on taking the oath as Chief Minister of Punjab. Also, he assured him of complete support.

In his maiden speech as the Chief Minister of Punjab, Bhagwant Mann said that his government in Punjab will address the issues like unemployment, health, education, and corruption. He said that more employment opportunities would be created in Punjab and corruption will be eradicated.

He also advised his party workers and MLAs not to get arrogant. “We don’t have to be arrogant. I am the Chief Minister of everyone in Punjab. Even for those who did not vote for our party.”

The whole village of Khatkar Kalan was coloured “Basanti”. The party workers and the visitors at the ceremony were wearing “Basanti” turbans and chunris.

In Punjab, Aam Aadmi Party has formed the government. Of the total 117 Assembly seats, 92 are won by Aam Aadmi Party. The former ruling party Congress could win only 18 seats.

Aam Aadmi Party had chosen Bhagwant Mann as the Chief Minister face through a televoting process. He contested the elections from the Dhuri Assembly constituency and defeated Congress’ Dalvir Singh Goldy with a margin of 58,206 votes.