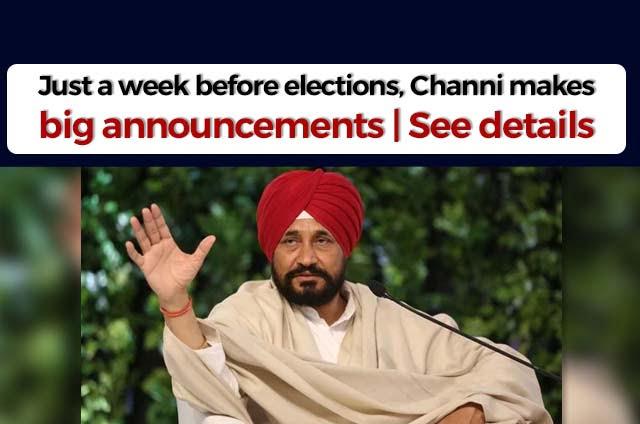 Punjab Assembly elections are scheduled for February 20. Just a week before the elections,  Congress’ Chief Minister candidate Charanjit Singh Channi made some big announcements for the education and other sectors of Punjab.

Here are the key announcements made by Charanjit Singh Channi