“I am Chief Minister, not a terrorist”, says Channi after PM’s visit 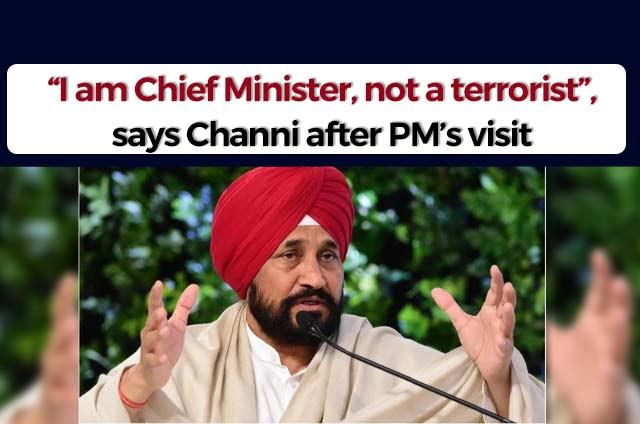 Punjab Chief Minister Charanjit Singh Channi’s helicopter was not allowed to fly yesterday, as a no-fly zone was made because of Prime Minister Narendra Modi’s visit to Punjab’s Jalandhar.

Why didn’t Channi get permission to fly?

As Prime Minister Narendra Modi had to visit Punjab to address a rally in Jalandhar, flying restrictions were in force in the state. A no-flying zone was created. AICC leader Rahul Gandhi had also visited Hoshiarpur yesterday. Charanjit Singh Channi had to reach the rally from Una. He reportedly waited for more than an hour at the helipad but was not given permission to fly to Hoshiarpur.

Speaking to the media, Charanjit Singh Channi said, “I was in Una at 11 am but suddenly, permission to fly to Hoshiarpur was denied because of Prime Minister Narendra Modi’s visit to Punjab. A no-fly zone was declared. Though I had the permission to land. I could not attend Rahul Gandhi’s rally.”

“If the Election Commission of India does not take cognisance of this, I will understand that these polls are a sham,” Jakhar reportedly said.