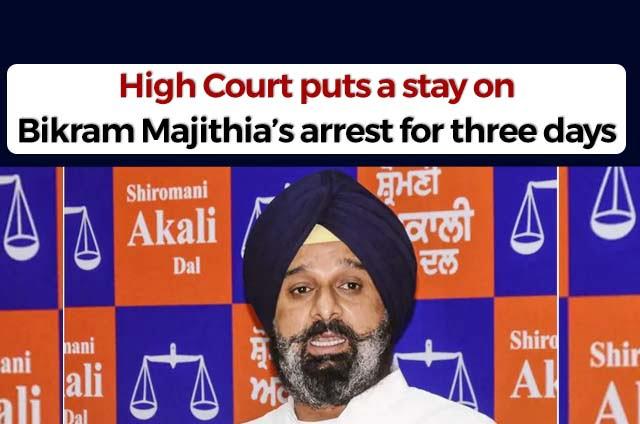 The Punjab and Haryana High Court on Tuesday put a stay on Bikram Majithia’s arrest in the alleged drug case under the NDPS Act.

The High Court has granted three days to the Bikram Majithia for approaching the Supreme Court against the orders denying him anticipatory bail.

The orders issued by Justice Lisa Gill read that for three days, (from January 24), Majithia cannot be arrested.

A raid was also conducted at Bikram Majitha’s residence in Green Avenue Amritsar. According to the reports, Bikram Majithia had asked for a stay of at least a week. However, the court reportedly did not find any ground to grant the same. An FIR under the NDPS act has been filed against Bikram Singh Majithia.

The court had given him interim bail on the condition of cooperating in the investigation. But on January 24, his plea of anticipatory bail has been dismissed.