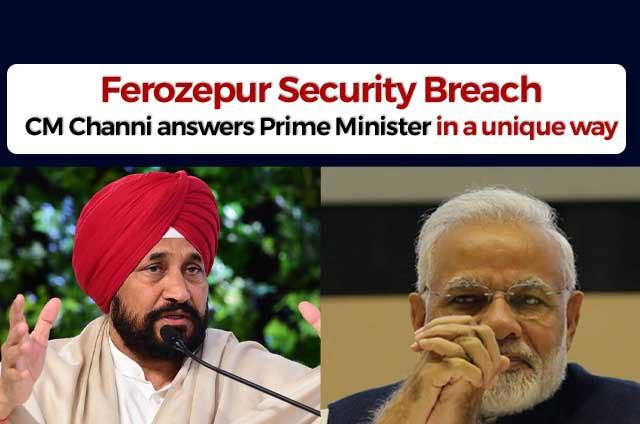 Have a look at Chief Minister Charanjit Singh Channi’s tweet

Not only CM Charanjit Singh Channi, but Deputy Chief Minister Sukhjinder Singh Randhawa also took to Twitter with the same tweet. However, he also added #PunjabVirodhiModi, and #पंजाब_माफ_नहीं_करेगा. He also used the hashtag #70000Kursi700Bande (70000 chairs, 700 people).

After the allegations of a security breach, Chief Minister Charanjit Singh Channi had said that there were no security lapses during Prime Minister Narendra Modi’s visit to Punjab. He said, “BJP had placed 70000 chairs for the rally in Ferozepur. However, only 700 people showed up at his rally. That was why PM did not attend it.”

Punjab BJP President Ashwani Sharma also used #पंजाब_माफ_नहीं_करेगा and wrote that the people of Punjab won’t forgive Congress as they stopped the “rewards” that were to be given to them by BJP.

Delhi-Amritsar-Katra Expressway for Rs. 39,500 crore, Amritsar-Una four-lane project for Rs. 1700 crore, PGI satellite center at Ferozepur for Rs. 490 crores, Two medical colleges in Kapurthala and Hoshiarpur for Rs. 325 crore- these were the projects that were to be inaugurated during Prime Minister Narendra Modi’s rally in Ferozepur.