ECI’s gift for senior citizens, specially-abled: They can cast votes sitting at home 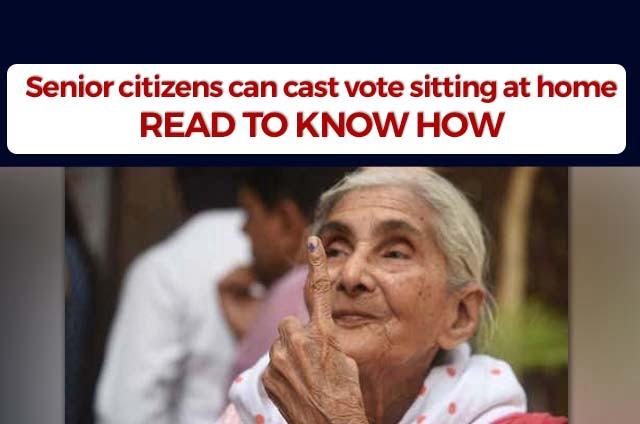 Senior citizens and specially-abled people can now cast their vote sitting at home. For the first time, the Election Commission has given the facility to the elderly and disabled to vote through postal ballot.

Not only this, if they wish to visit the polling station to vote, they can. With this facility, the elderly and differently-abled will not have to stand in lines at the polling stations. Along with releasing the voter list, the district administration has also released the data of voters above 80 years of age and specially-abled voters.

Ludhiana DC Varinder Sharma said that there are long queues of voters at the polling stations during the Assembly elections. Elders face trouble standing for a long time. So now, this step would be really beneficial for them.

Election Tehsildar Anju Bala reportedly said that the BLOs have the lists of the elderly and disabled in their respective booths. The BLO will give ballot paper to the elders after filling a form. After that,  the elders will send those votes to the concerned ARO through the post.