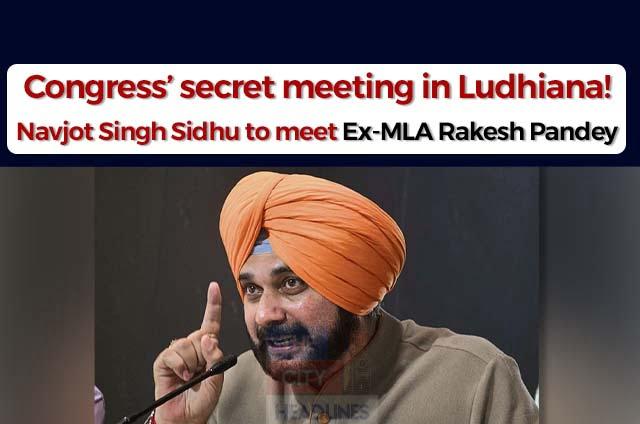 After a cracking defeat in the 2022 Assembly elections in Punjab, Congress is finding its way to get back up in the state. Today, former PPCC Chief Navjot Singh Sidhu will meet Ex-MLA from Ludhiana North constituency Rakesh Pandey. According to the sources, several ex-MLAs are also expected to visit and hold a meeting at Rakesh Pandey’s residence in Ludhiana today.

It is to be noted that Congress high-command had asked the state chiefs of all the five poll-bound states to resign when the results were declared. That is when Navjot Singh Sidhu also resigned from the post of Punjab Pradesh Congress Committee Chief.

In this secret meeting today, the ex-MLAs of Congress are expected to decide their ways ahead as the local bodies (MC) elections are also scheduled for the next year. In Ludhiana, there are 95 councillors including mayor Congress mayor Balkar Singh Sandhu. He is also expected to join the meeting. AAP has only one councillor in Ludhiana as of now.

Congress could not win even one assembly seat from Ludhiana in the 2022 elections. All the political stalwarts lost their seats to Aam Aadmi Party. It is to be noted that Congress always had a stronghold in Ludhiana and in the last government, there were two cabinet ministers from Ludhiana.

ALSO READ: Woman raped in Ludhiana when asked for a lift