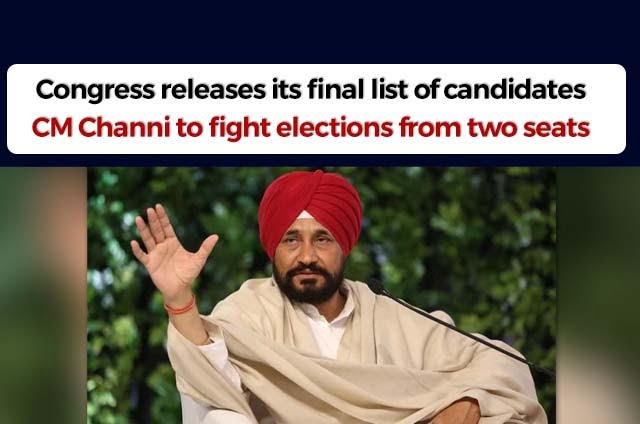 Other than Chamkaur Sahib, Charanjit Singh Channi will contest elections from Bhadaur seat. Against Sukhbir Singh Badal of Shiromani Akali Dal, Congress has fielded Mohan Singh Phalianwala. In Patiala, Congress has given the ticket to Vishnu Sharma. His key rival would be Captain Amarinder Singh.

Barnala MLA ticket has been given to Manish Bansal. In Attari, Tarsem Singh Sialka will contest the elections from Congress. Sukhpal Singh Bhullar has got the Khem Karan ticket from Congress. The party has given the Nawan Shahr MLA ticket to Satbir Singh Saini Balichiki.