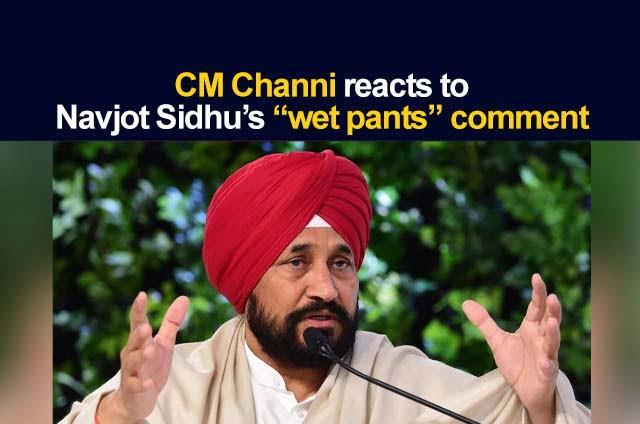 On Friday, Charanjit Singh Channi urged the police forces not to take these comments seriously. Further, he said that it was in fact criminals who wet their pants on seeing the police forces.

While addressing the audience at a function at Punjab Armed Police Complex, Charanjit Singh Channi said, “The criminals and the anti-social elements wet their pants when they see a Punjab Police officer.”

Navjot Singh Sidhu had made such a comment addressing a rally in Batala. Later, he had said that this comment need to be taken literally.

For this “wet pants” comment, Navjot Sidhu had to face backlash from the police department as well as the political leaders in his own party.

Ludhiana MP Ravneet Singh Bittu was the one from Congress to condemn such comments.

Chandigarh DSP Dilsher Singh Chandel also criticized Navjot Singh Sidhu for his remarks against the police force. He said that it was shameful that such a senior leader was using such words for those who provides them protection.