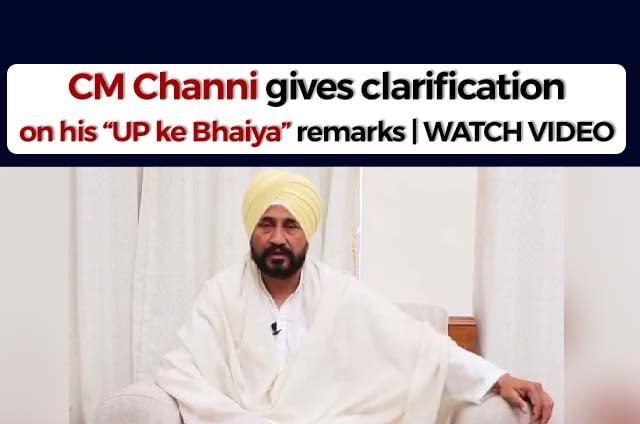 Charanjit Singh Channi on Wednesday found himself in a controversy, when he had asked the people of the state to stand together, and reject the “bhaiyyas” from Uttar Pradesh, Delhi and Bihar.

However, after verbal protests from different parts of the state and verbal attacks from opposition leaders, Chief Minister Charanjit Singh Channi today gave clarification of his controversial “bhaiyya” remarks.

Further, he had said, “We will not allow UP bhaiyas to stray into Punjab.” The opposition leaders pointed out that Priyanka Gandhi was laughing when Charanjit Singh Channi made this statement.

Today, Charanjit Singh Channi gave a clarification and said, “My statement is being misconstrued. All the migrant workers, who have come to Punjab till now, have poured their blood and sweat, contributed to Punjab’s development. We have only love for them, nobody can change it.”

Condemning Charanjit Singh Channi’s statement, Prime Minister Narendra Modi today said that there is no village in Punjab where people from UP-Bihar do not toil.”