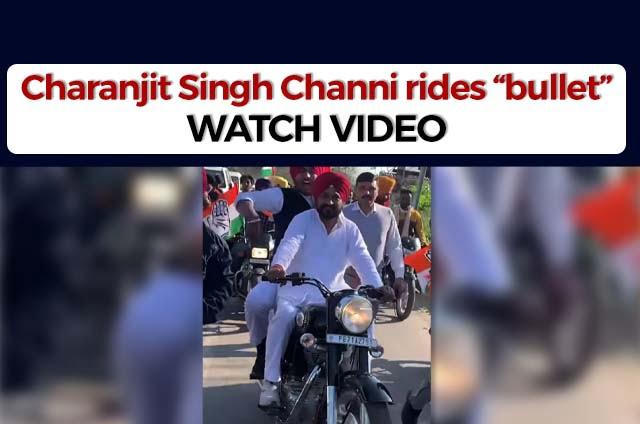 Punjab Chief Minister Charanjit Singh Channi is known for his friendly nature and the way he interacts with the public and does several activities. Punjab’s audience has seen him play cricket, play cards with the senior citizens, drive a bus and the list goes on and on.

His video has gone viral on social media and people are loving it.

On February 6, Congress General Secretary Rahul Gandhi announced Charanjit Singh Channi as the Chief Minister candidate of Punjab. During his tenure of 111 days as Punjab’s Chief Minister, Channi has made all the efforts to meet and listen to the public’s problems. From his “Janta Darbar” to him doing several activities with the public, Channi has been very friendly with the people. And he is continuing to do the same.

ALSO READ: Bains, Ashu, Pandey, Dawar are up for a winning hat-trick | Will they make it to the top?

Share
Facebook
Twitter
Pinterest
WhatsApp
Telegram
Previous articleBains, Ashu, Pandey, Dawar are up for a winning hat-trick | Will they make it to the top?
Next article“If you can’t keep your PM safe, how will you safeguard Punjab?” Amit Shah questions Channi
- Advertisement -