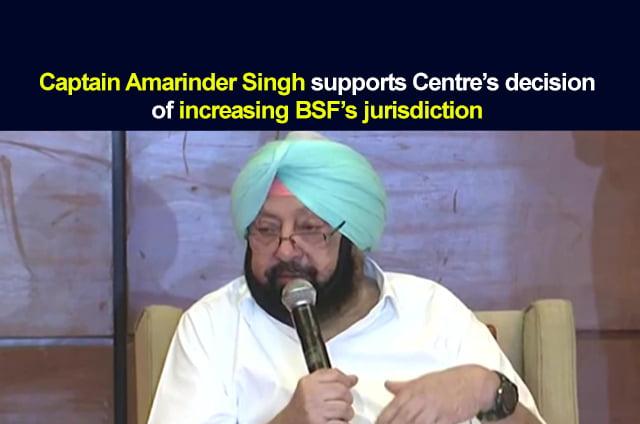 Former Chief Minister of Punjab Captain Amarinder Singh on Wednesday backed up the centre’s decision of increasing BSF’s jurisdiction in the bordering state of Punjab.

ANI reports that the former Chief Minister said the purpose of the Central paramilitary force is to secure the international borders and not take over the state government.

Further, he said that the payloads and the range of the drones coming in from Pakistan were increasing. Therefore, Punjab police needed help from “specialized agencies” to stop them.

Captain Amarinder Singh also said that Punjab police was a trained force but it had not been given the training to handle cross border smuggling and handling drones.

“The last information I received related to drones is that it came 31 km into the border. Their range and payloads are increasing,” he said.