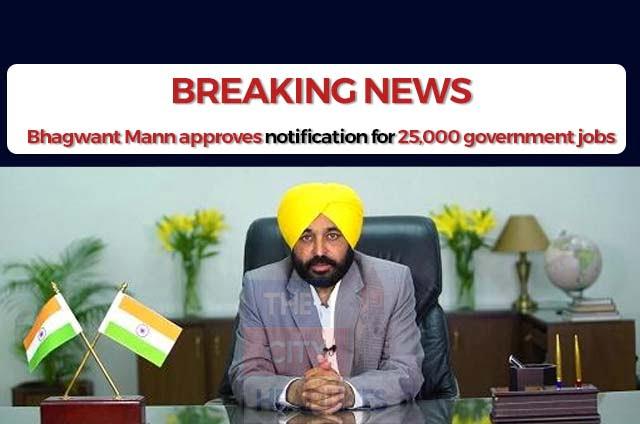 Bhagwant Mann led Punjab cabinet, in its first meeting, approved the notification for 25,000 government jobs. Of those, 10,000 would be in the Police Department, Bhagwant Mann announced.

He took to Twitter and wrote, “Chaired the first cabinet meeting. The Punjab cabinet has approved notification of 25,000 job vacancies within one month. As we promised before the election, jobs opportunities for our Punjab’s youth will be the topmost priority of AAP Govt.”

Aam Aadmi Party had earlier said that they would focus more on generating more jobs in Punjab as a lot of youngsters wish to settle abroad. Today, 10 MLAs took oath as cabinet ministers. The first cabinet meeting was held today and the first decision regarding employment generation has been taken by the Bhagwant Mann led AAP government in Punjab.