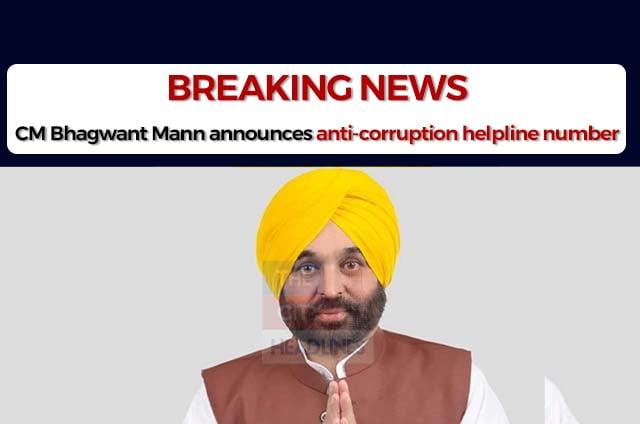 The newly elected Chief Minister of Punjab Bhagwant Mann has announced the anti-corruption helpline number for the people of Punjab.

When he assumed the office as the Chief Minister of Punjab, he had said that an anti-corruption helpline number will be announced in Punjab.

He had said that this would be his personal WhatsApp number and people can file their complaints, send video messages and audio messages to this number.