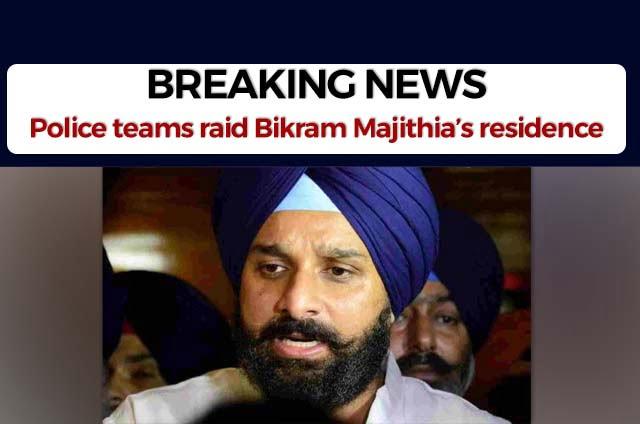 The nomination filing process for the 2022 Assembly elections has started in Punjab from today. However, yesterday, the Punjab and Haryana High Court dismissed Bikram Majithia’s anticipatory bail plea in an alleged drug case.

Now, on Tuesday, Bikram Majithia’s residence and some other places have been raided by the state crime branch police teams.

Majithia has to file the nomination papers from the Majitha constituency. However, early in the morning, the police teams raided his house in Amritsar. The Punjab Police has filed an FIR against Bikram Majithia in a Narcotic Drugs and Psychotropic Substances Act (NDPS Act).

The court had given him interim bail on the condition of cooperating in the investigation. But on January 24, his plea of anticipatory bail has been dismissed. Now, his Amritsar residence has been raided.