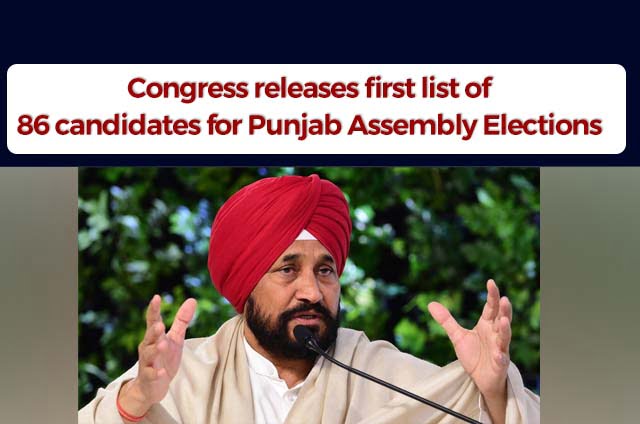 Punjab Congress has released the first list of candidates for the Punjab Assembly Elections. As many as 86 candidates out of a total of 117 have been released.

Malvika Sood gets the ticket from Moga. Other than that, Sidhu Moosewala gets a ticket from the Mansa constituency.

Candidates for 9 out of 14 constituencies of Ludhiana have been announced.