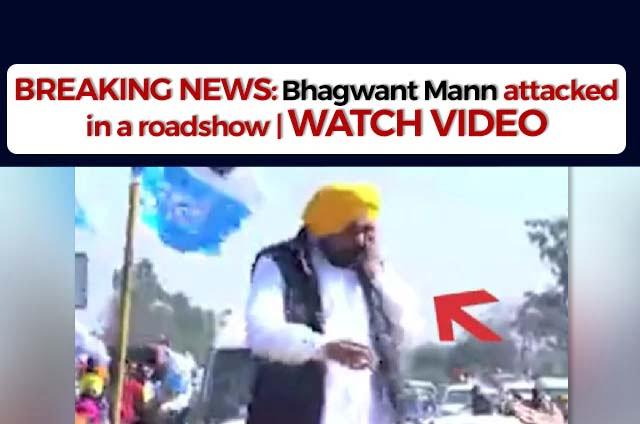 Aam Aadmi Party’s Chief Minister candidate Bhagwant Mann was attacked today while he was in a roadshow in the Atari Assembly constituency. He was in his car (out of the sunroof) addressing the people present in the roadshow.

Suddenly, someone from the crowd threw something towards Bhagwant Mann that hit him on his eye. Immediately, Bhagwant Mann covered his eye and went inside the car.

The attacker has not been identified yet. AAP party workers were present in huge numbers at the Atari roadshow. Though there was heavy security at the roadshow, Bhagwant Mann was attacked.