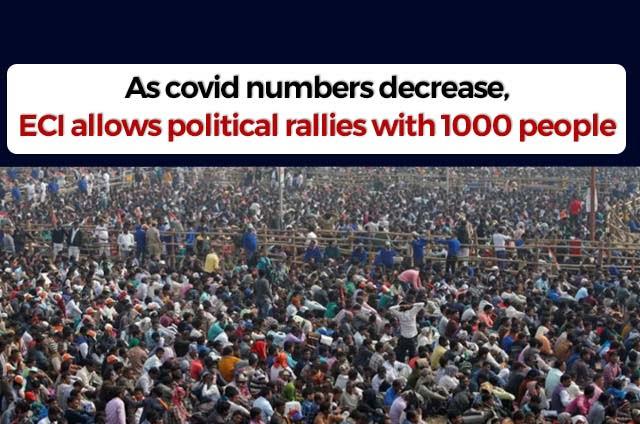 Ahead of the Assembly elections in five poll-bound states including Punjab, the Election Commission has given permission to hold political rallies with 1000 people. On Monday, January 31, the ECI made this decision in a review meeting with Union Health Secretary.

In the meeting, it has been decided that now, political parties can conduct a rally with 1000 people. Other than that, the number of people gathering indoors has now been increased from 300 to 500.

Because of the rising number of coronavirus cases, the decision was taken. However, now, some relaxation has been given to the political parties in the five poll-bound states of Punjab, Uttar Pradesh, Uttarakhand, Manipur and Goa.