BJP likely to contest elections on 80 seats in Punjab 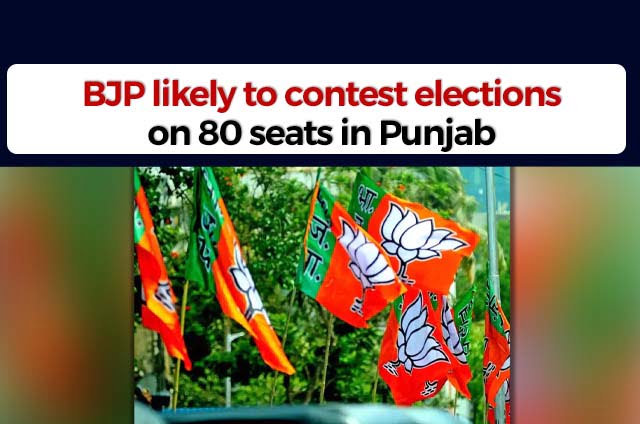 Bhartiya Janta Party is likely to contest elections on 80 seats from Punjab. The party will hold an important meeting at its headquarters to discuss the seat-sharing pattern in Punjab polls.

It is to be noted that Captain Amarinder Singh’s Punjab Lok Congress Party is its ally. Other than that, Sukhdev Singh Dhindsa’s Shiromani Akali Dal (Sanyukt) is also allying with Bhartiya Janta Party in Punjab.

The allies of the Bhartiya Janta Party in Punjab may contest elections on 37 out of 117 seats. However, the Punjab Election in-charge for BJP, Gajendra Shekhawat has reportedly said that the six-member committee will take the final call.

The reports also suggest the BJP will mostly get the seats from Majha and Doaba region, and PLC and SAD (Sanyukt) may get some of the seats from the Malwa region.