BIG BREAKING: Channi could not reach Rahul Gandhi’s rally because of PM Modi’s visit | Read to know why 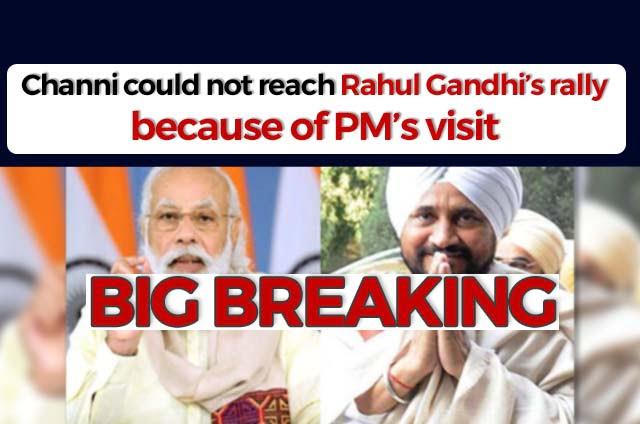 A new political controversy has erupted in Punjab regarding the visit of Prime Minister Narendra Modi. This time the matter is about CM Charanjit Channi’s helicopter.

However, a no fly zone has been created in Punjab as Prime Minister Narendra Modi is visiting Punjab today. He will address a rally in Jalandhar today.

On this issue, Charanjit Singh Channi has not given any official statement yet.

The reports also suggest that the schedule of the Chief Minister was set yesterday. It was decided that he would go to Hoshiarpur by helicopter.