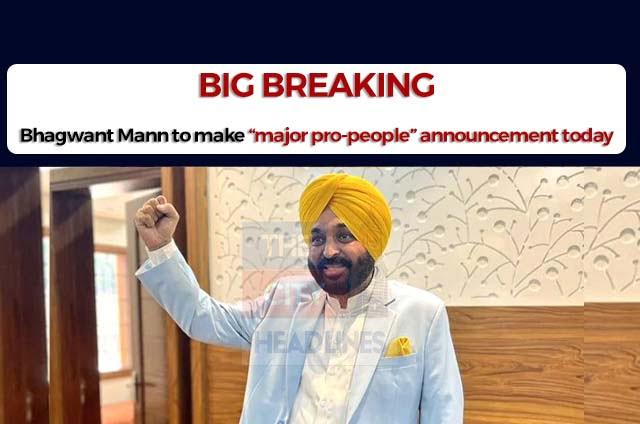 He also took to Twitter and said that he would make a major announcement for Punjab today. Bhagwant Mann wrote that a major “pro-people” decision would be taken today.

He wrote, “A very big decision will be taken today in the interest of the people of Punjab. No one in the history of Punjab would have taken such a decision till date.”