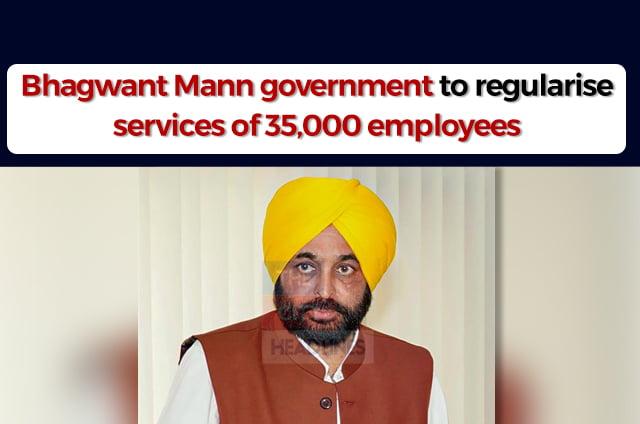 Punjab Chief Minister Bhagwant Mann on Tuesday made an announcement to regularise services of 35000 Group C and D government employees.

Bhagwant Mann said that this would be a historic decision. He said that he had already held meetings with all the officers in the government. Further, he said that he has urged the Chief Secretary to stop the practice of contractual employment.

Mann said that the schools are facing a shortage of teachers and the eligible teachers are climbing at water tanks to protest against the government. Bhagwant Mann said that he asked the Chief Secretary to make the bill for the regularisation of services before the next Vidhan Sabha session.

Further, Bhagwant Mann said that he does not want these teachers protesting on the roads and want to implement it at the earliest.